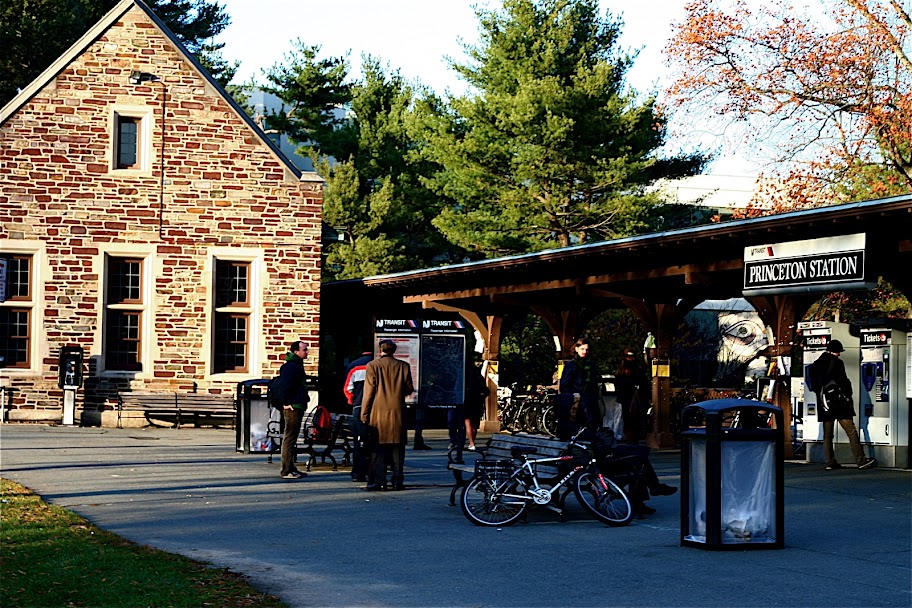 Equidistant from New York and Philadelphia lies the affluent town of Princeton, NJ, which is a bedroom community to these two metropolitan areas, and is rich in U.S. history, intellect, diversity, and architecture. Located in Mercer County, Princeton comprises of two municipalities. One is the borough (population over 13,000), which is home to Princeton University, the central business district including parts of Nassau Street, Witherspoon Street, Palmer Square, and several historic districts. The other is the township (population over 16,000), which surrounds the borough, and transforms from historic sites and beloved sidewalk rich, residential neighborhoods bordering the borough, to bucolic hills of suburban and rural environs. They share the same library, volunteer fire department, and public school district, but police department and public works are separate. 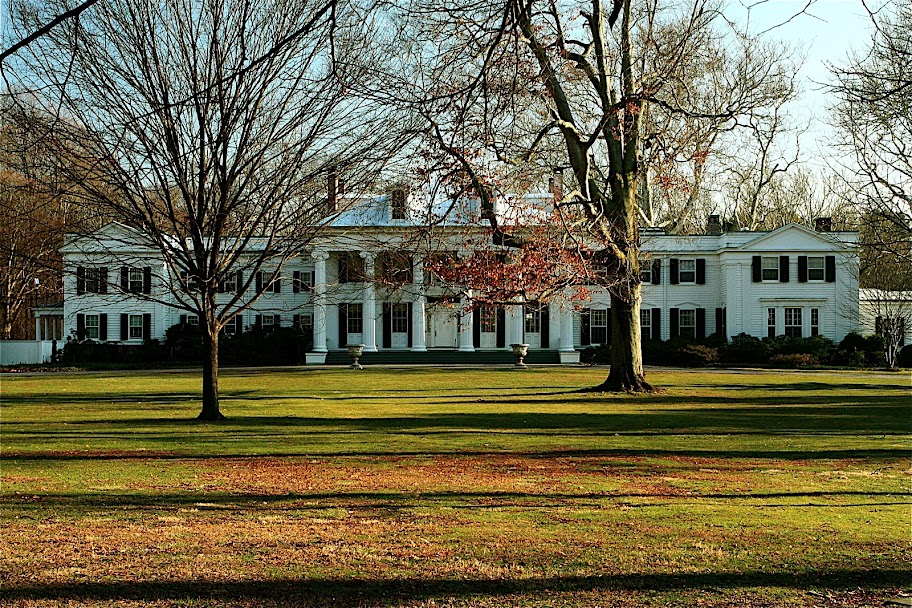 Many don’t know that this town briefly served as the nation’s capital from June 30 to November 4, 1783. It has witnessed the victory of  General Washington’s battled over the British, and was home to a couple of U.S. presidents. Even though Trenton is the state’s capital, the Governor’s Mansion is housed here. From 1945 – 1981, Morven was the residence, and in 1982, Drumthwacket was given the honor, and still is home to the state’s Governor. Notable Princetonians are, but not limited to Albert Einstein (physicist), Grover Cleveland (22nd & 24th U.S. President), Woodrow Wilson (28th U.S. President), Aaron Burr (third U.S. Vice President), Paul Robeson (singer, actor, civil rights activist), Michael Graves (architect), and John Witherspoon (signer of the U.S. Declaration of Independence), whom actress Reese Witherspoon is a descendant of. 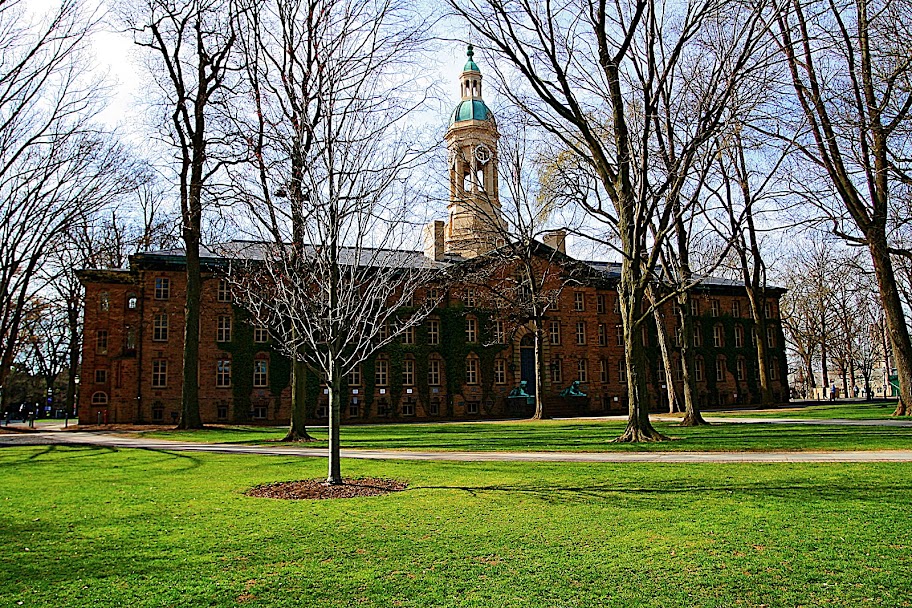 Princeton is a college town, and its town and gown relationship is quite interesting. The town is not pleased with the low amount of taxes the university is paying. On the other hand, every spring, there is an event named Communiversity, sponsored by the Arts Council of Princeton and the students of the university. There are performances, booths, food stands, and more. Residents also have access to the university’s art museum, housing works by Monet, Manet, and Van Gogh; the Cotsen Children’s Library, offering free programs to the community; the beautiful gardens of the Prospect House on campus, and the acclaimed McCarter Theater with quality performances including, Branford Marsalis, Our Town, Riverdance, and The Nutcracker. 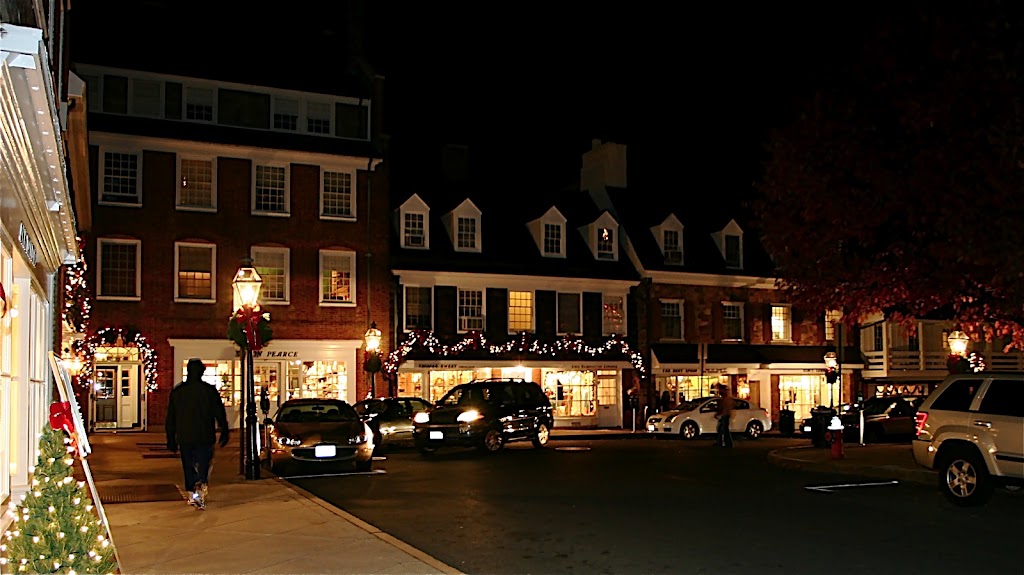 This area has an ample supply of culture; a restaurant row including several fine dining choices from New American to Mediterranean to Japanese cuisine; shopping from local boutiques and well-known shops like Kate Spade, Lindt, Ralph Lauren, Coach, Talbots and Pierre Deux to name a few, so I would hardly call the sophisticated residents “townies”. The atmosphere is almost like Mayberry meets Madison Avenue. What I’m trying to say is the town has a metropolitan style in a small town atmosphere. 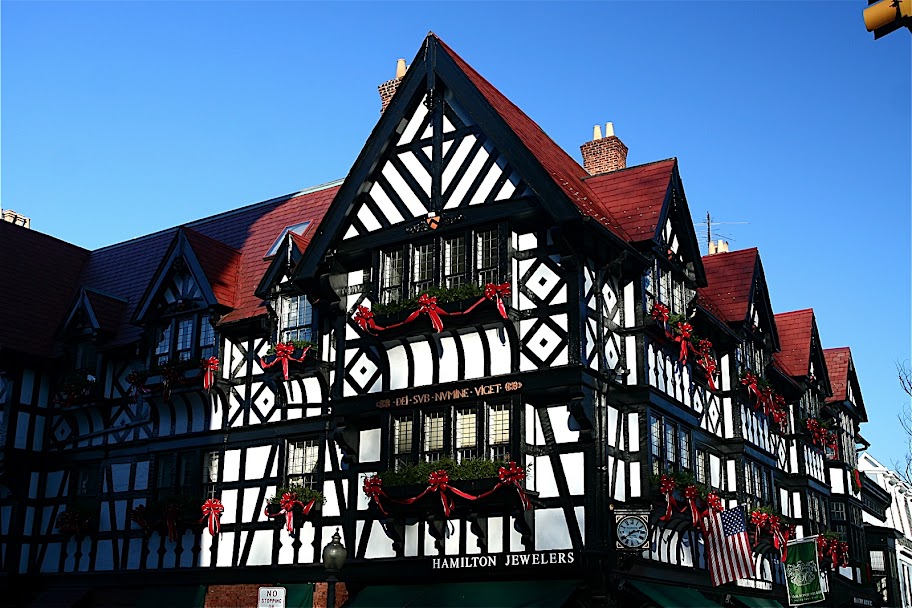 A New Yorker could have a trip to the country, and still not miss some of the refinements of the big city. A day could be waking up at the Nassau Inn in the center of town, have breakfast at Chez Alice Gourmet Cafe & Bakery, then go off for a little sightseeing. Drive to Drumthwacket which includes a guided tour (by reservation, only on Wednesdays). Drive back to the center of town to see the previous Governor’s mansion Morven, and the houses of Einstein, Cleveland and Wilson. Now you’ve worked up an appetite, so on to lunch at The Ferry House for New-American cuisine. Next up, a little shopping. Guys, Hamilton Jewelers can provide you with that IWC watch you’ve been looking for, and ladies, you can pick up a strand of Mikimoto pearls for your daughter’s graduation gift. Ladies, send your man up to Nick Hilton on Witherspoon Street for a custom suit, while you go to La Jolie for a mani-pedi or massage, then off to J. McLaughlin for your “country” wardrobe. Take a quick walk over to the university museum, and then it’s back to the Nassau Inn to freshen up for dinner. Stroll over to Lahiere’s for a contemporary American/French dining experience. Walk off the meal, by strolling over to the McCarter Theater, where you have tickets to see Yo-Yo Ma perform. After the performance, it’s back to the inn for a drink at its Yankee Doodle Tap Room  before a good night’s sleep. How’s that for a day away from the city without feeling totally removed from “civilization”? Of course, there is so much more to see in Princeton. You can take a guided tour of the town with Princeton Tour Company if you don’t like to venture out on your own. For more tourist information check here. 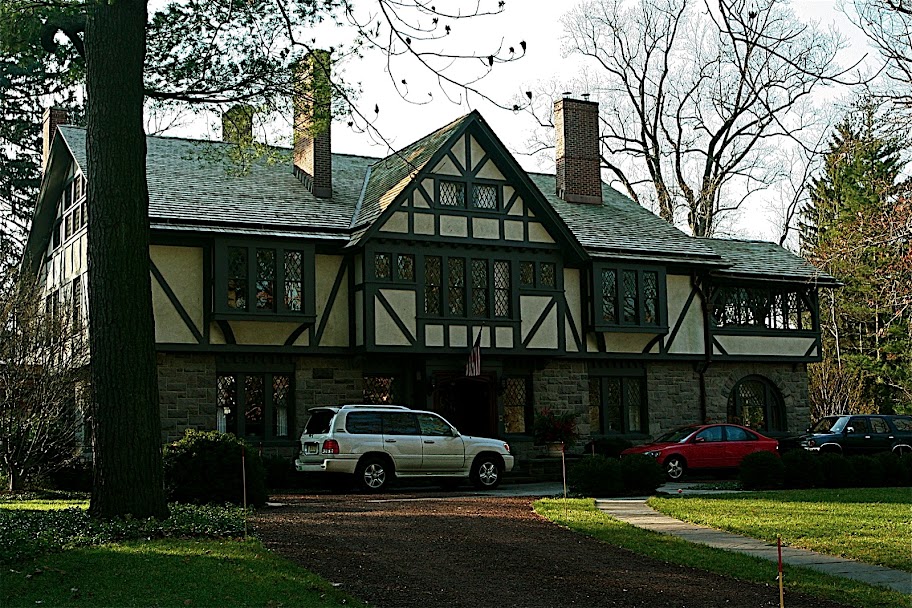 For those on a different budget, there’s plenty to offer as well. Eat breakfast before you leave home. Arrive in time for the Drumthwacket tour. Your morning can be the same as above. You can have lunch at Panera Bread, The Original Soup Man, or Theresa Caffe. If the weather is nice, you could pick up a hoagie from Hoagie Haven or wings from Chuck’s, and eat at the plaza adjacent to the library. Shop at Ann Taylor, J. Crew, Banana Republic, The Princeton Record Exchange, Landau and Kitchen Kapers. Next, visit the art museum and stroll through the campus. Catch a movie at the Garden Theater, have dinner at Karen’s Chinese Restaurant or Triumph Brewery, and top it off with some ice cream from Thomas Sweet’s, known for their blend-ins, or the Bent Spoon who has the BEST gelato around! 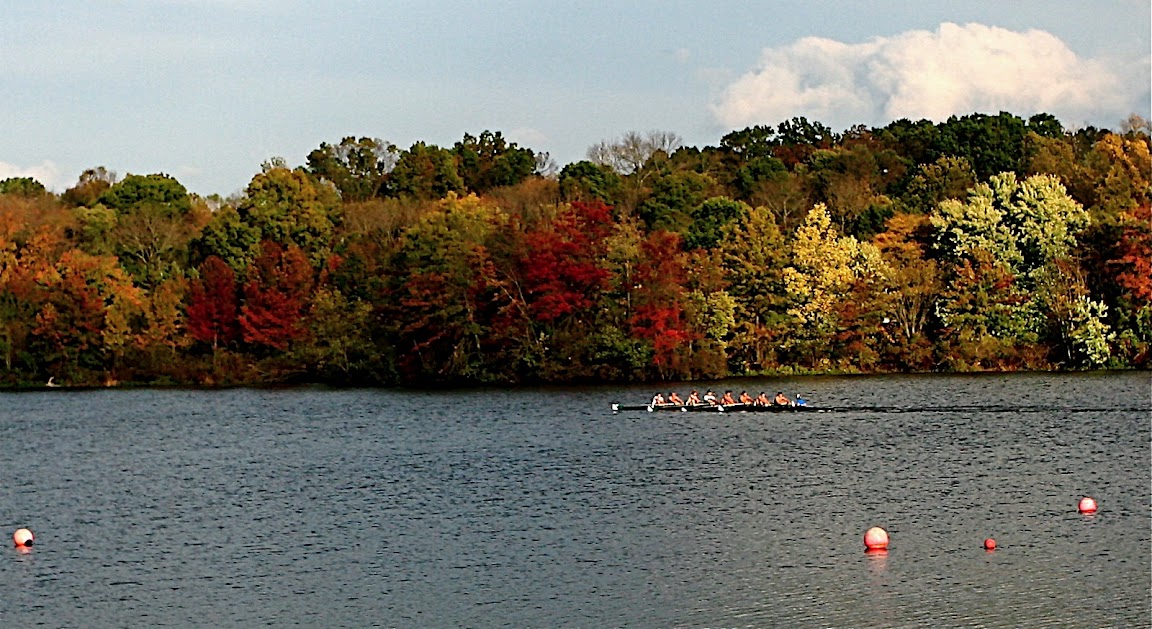 Now I’m about to tell you things you don’t see in any tourist books. I have been fascinated with all walks of life, after taking a cultural anthropology course in college. So it didn’t take long for me to notice something different about Princeton compared to some other Garden State towns of means. It seems like many people wear their intellect more than donning top designer threads. Between the Advanced Institute of Studies, the university here and others in the surrounding towns, plus all of the brilliant scientists working nearby, the IQs are quite high. There are a number of people who do wear top designers, but everyday wear seems to be from Talbots, Brooks Brothers, LL Bean and Lands End. This is a Preppy town where it’s not unusual to see pink & green Lilly Pulitzer dresses on women and girls, and whale embroidered pants on men and boys. Though you see plenty of Mercedes, BMWs and Land Rovers, there are many minivans parked on driveways of mansions in town, and some of them are American built. There is a sense of New England understatement in Princeton, that I don’t see as much of in fellow upscale Jersey towns like Short Hills, whose mall offers New York shopping (Chanel, Dolce & Gabbana, Jimmy Choo, and Neiman Marcus), valet parking and dog stroller rentals, and some female shoppers look like runway models. Keep this image, and switch back to Princeton, where during the day, many women do not wear make-up, and dress more casually. It has more of a feeling of being of Greenwich, New Canaan or Westport, CT , only with a college campus. It is also a lot more diverse than other affluent towns. This holds true for race, creed, color and socio-economic status. 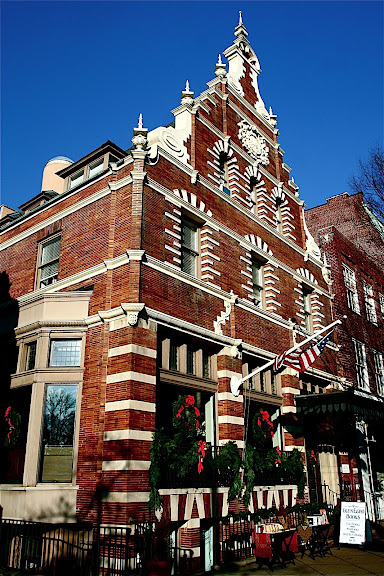 There are many towns in New Jersey of greater affluence, but none are as rich in the combination of historical sites, the arts, European charm, and intellect. There is no mall here, just Palmer Square, and three streets of shops, restaurants, salons, etc. in the central business district, which gives it a cosmopolitan flair with a little splash of Americana. Walking across Nassau street filled with bookstores, cafes, and the Historical Society of Princeton will make you feel like you just gained IQ points in an environment filled with university eating clubs, country clubs, and book clubs. Escape the concrete jungle, and go out to the country. Get off the farm or away from the shore and grab some history. Leave your suburban cul-de-sac for a little culture. There something in Princeton for everyone! 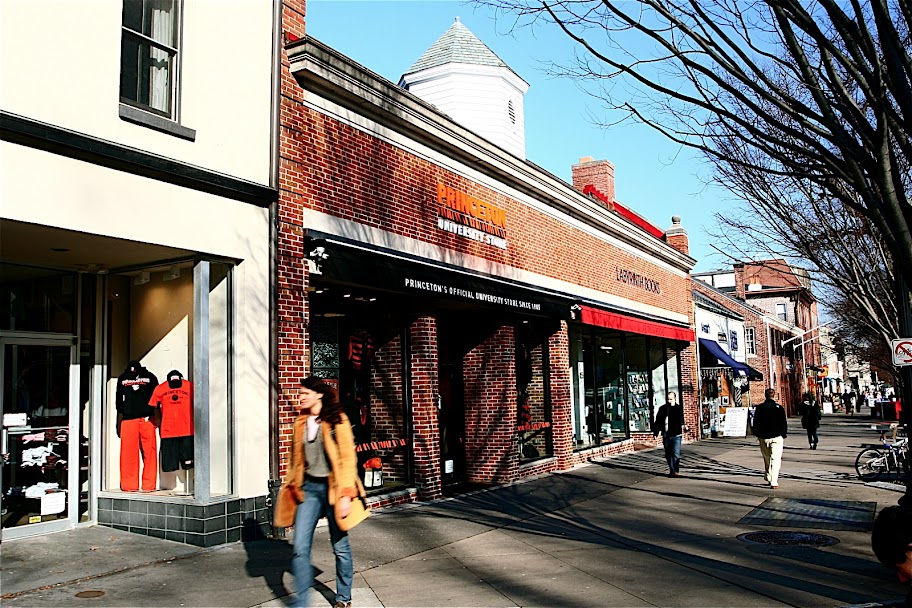 How in the world did you end up in Princeton? This is the question I've been answering for the past … END_OF_DOCUMENT_TOKEN_TO_BE_REPLACED

Longer nights and lower temperatures can affect your mood. Coldness and darkness trigger the desire … END_OF_DOCUMENT_TOKEN_TO_BE_REPLACED